Parents have been circulating many messages in their mommie chat groups – first a High Court order from Pakistan (no idea how that would help as a directive in this country?!) and yesterday, urging fellow parents to join in a ‘petition’ with details about the advocate who was happy to receive their calls and factor them in while filing a ‘real‘ petition explaining that families undergoing difficult financial times because of Covid19 need a lot of respite from paying fees.

What’s this you ask?

Well, ever since the High Court in Delhi directed families to honour their commitment to the schools by paying fees (with the flexible schedules provided by the schools, including a reduction in the yearly increment passed earlier in the year), whats app groups have been flooded with ‘pleas’ for a fee reduction given children are not in physical schools and therefore, the fee component needs a further reduction (no electricity cost you see), and that governments should direct schools to do that. Courts have simply said as long as education continues in the virtual form, this plea cannot stand.

This was followed by parents ‘appealing’ to local governments and departments and requesting them to intervene. The intervention came in the form of a blanket ban for on line learning for many grades and in some South states, explanation given was treat it as a ‘gap’ year. No school – physical or virtual meant that parents did not have to pay fees. Solution generated?

Some parents who initially supported this plea have explained that this was really about the burden of expectation with the virtual school that forced them to sign, in some genuine cases it was a financial challenge given their employers had held back salaries and in some cases they cited that they were not happy with the on line learning.

Managements who were spoken to in each of these cases – found a solution. In the first case, it was a working parent who did not have access to devices as she was WFH, so the school IT department operationalised ‘rent-devices’ and facilitated this instantly along with access to ‘dongles’ in coordination with IT companies. The school assigned a teacher to schedule one-on-one sessions with the children calling it ‘mentor’ sessions so that children completed work on time and reduced the burden on the mother. Result? Happy parent who appreciated the efforts and had only good things to say about the engagement.

Those experiencing financial crisis were given monthly options, and set up a system of coordination and communication. Result? Grateful parent who now manages the cash flow.

In the last case, the parent was struggling with technology and how to get kids to do the home-work and submissions on line. The IT team and the teacher walked the parent through the process. Result- parent is relieved taking classes to skill up and happier because all of this was ‘partnering’ her and not being judgemental. The school set up a parent buddy system where the parent reaches out to a fellow parent when in need and a teacher so at all times, there is help to solve problems.

All 3 have admitted that they backed out of this ‘movement’ because they felt that the school was making an effort and going beyond their scope.

In all 3 cases, the children were thrilled because they wanted to connect with their friends and teachers, missed the social connect, were bored with all the summer on-line options that the parents had made them go through to keep them occupied and as they admitted to us, we wanted to ask our ‘own’ teachers questions so that they would explain, we wanted to do the projects because they always fun in school and not ‘random’, they wanted to draw, paint in the fun way their school does.

So what really then is the problem?

If it isn’t related to the parent or student? Teachers ?

Teachers surely have skilled up, and unlearnt and relearnt how to creatively deliver content so that the children remain engaged. They have not complained that despite no help at home to help them cook, wash and clean and manage their own children, they are willing to do that extra mile for parents and children in their class.

So again, who is this blanket ban for?

Basis of a recommendation by some ‘expert’ that online is ‘not advisable’ for those under 8, blanket bans were put in motion by some states. And this mind you, no where else in this world. Only in India.

The same parents who opposed this, and after receiving timely and useful help when they communicated with their respective managements, they now are demanding a reversal of this ban (Sunday was abuzz with the tweetstorm), as with no on line learning they are now forced to ‘shop’ around and find ‘classes’ that are proposing ‘celebrity’ interactions as value additions and asking parents to sign up – No Uniform fee, deposit, or transport fee. Fee for online learning only!!! With their schools shut, parents are forced to look beyond as they are not equipped to engage with their children meaningfully because of their work schedules and yet do not want to miss out.

One parent has said – I will land up paying more with these online classes – because there is academics, sports, drama, creativity, yoga, etc …. I will be shelling out more than a couple of lacs because I do not want my kids to miss out. This is more than the year’s school fees! Huh?

The admission that quality difference was the shocking consequence between schooling content and that these classes provide. Screen argument is gone for a toss because these kids are now glued on for 8 hours for the ‘complete’ experience! Disappointing to a point that left the parents speechless when in one class the teacher told the children that god would punish them if they ate junk food!!!. As this parent said, now who do we go to to speak about our problems? The government will tell well, it is your choice. Dont do it. But what about our children’s learning with months away from the physical world?

Well, the question remains who is this blanket ban for?

Parents – rethink what you are signing up for; Managements remain open to solving problems and communicate extensively and governments – please continue the good job you are with keeping our mortality rate down as far as Covid19 statistics are concerned. Leave this to the edupartners (schools and parents) to resolve this independently.

Let’s all do our jobs and leave the petitions for things that are truly life threatening and do not have viable solutions. These do.

Let’s not make a mockery of this and remember the time wasted is resulting in that child missing out. Already there has been much lost. Do not let history repeat itself. 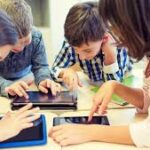 Why Information Communication Technology is important in the Classroom 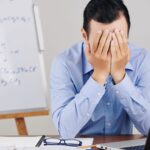 Not the Disruptions We Were Hoping! 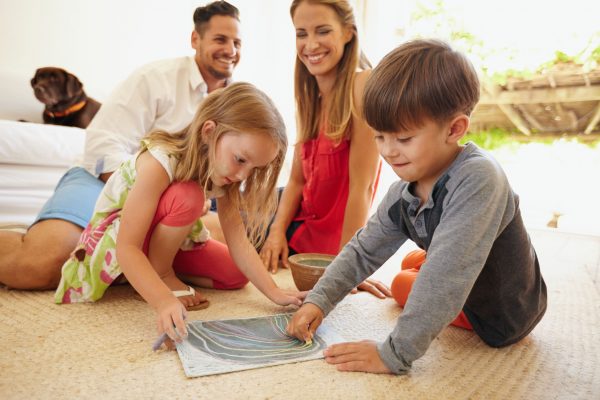